Home | Insights | You Better Watch Out, You Better Not Cry: Positive Discipline and the Elf on the Shelf 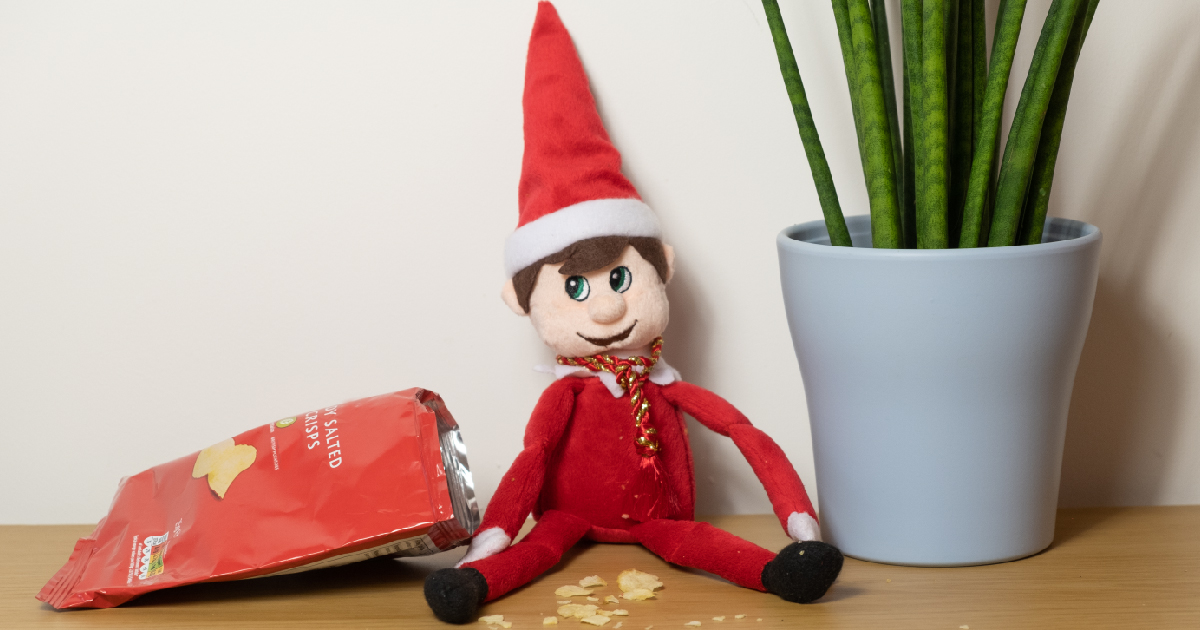 You Better Watch Out, You Better Not Cry: Positive Discipline and the Elf on the Shelf

The Christmas season is upon us (gasp!) and [for those who celebrate], with it comes a whole host of family traditions.

And despite the fact that its 2020, this year, like every year, we used the day after Thanksgiving to crank up the Christmas tunes while my girls decorated the gingerbread houses that my mom baked and built from scratch.  It’s a sweet (literally) way to start the holiday season and has always helped my family feel shiny and bright about the weeks leading up to Christmas.

For some families, holiday traditions include coming up with new and creative ways to “spy” on their children and enforce good behavior by moving the “Elf on the Shelf” around the house.  In light of this tradition (which just arrived on the holiday scene en masse in 2005) many November and December Facebook and Instagram posts include pictures of the Elf’s new surveillance spot each morning, waiting to be discovered by the children of the house; Pinterest is chockfull of ideas to make even the most artsy parent go nuts with trying to keep up.  Indeed, I’ve heard more than one mom bemoan the need to continually come up with something new so that little Susie is convinced of the Elf’s overnight travels to the North Pole, or worry when she forgot to move the Elf, leaving little Timmy to question whether the Elf is really real.

But rather than asking what we can do next with the family Elf, maybe the question we should be asking is actually, should we be doing anything at all?  This question was posed to me last year when an attendee at my fall positive discipline workshop messaged me to ask: “What does positive discipline think of Elf on the Shelf?”

To be honest, as a non-Elf-on-the-Shelf family, the question had never occurred to me.  But when another parent asked me, it got me thinking.  And while there are many wonderful ways to use the Elf (and Santa for that matter) to make the season cheerier (I promise I’m not trying to rain on anyone’s parade or ruin your holiday fun), the reality is that Elf on the Shelf—at least in the way it was originally conceived—and positive discipline really are at odds with one another.  Here’s why:

So if you’re an Elf on the Shelf family, what do you do?

How do you maintain what’s likely, at least on some level, become a fun tradition?

What about treating the Elf as, in essence, an advent calendar?  In our home, we have a needlepoint wreath that my mom made many moons ago, and on each day as a child I was given a tiny gift that hung on the wreath as a way of counting down to Christmas (irrespective of behavior).  To get away from the materialism of that practice a bit, my husband and I have carried on the tradition, but put a small twist on it.

Now, when the wreath appears on December 1, it is filled with some tiny, wrapped gifts or small chocolates, as well as a series of tiny red and green envelopes.  Because I have two daughters, they alternate the gifts between them, leaving each one getting around 5-6 small treats leading up to Christmas.  Then, in the red envelopes, I place a Random Act of Kindness (RAKs) that we are going to do together that day—it might be taking cookies to our local fire station, feeding the birds, or leaving a note of positivity in a public place for someone to find.  In the green envelopes, my husband and I place an activity that we are going to do as a family—anything from walking around a local lake where they place luminaries, to baking Christmas cookies, to going on a Christmas light scavenger hunt in the car.  None of the activities take a great deal of planning, time, or money, but they have become the things on the wreath that my older daughter most looks forward to (my younger daughter is only 2, so she’s learning).

It strikes me that in lieu of a 1970s wreath like the one my mom made, the Elf could deliver little presents, family activities, and ideas for RAKs.  In other words, he could bring a huge dose of positivity and opportunities for connection, instead of being a secret spy for Santa, ready to report every last infraction.  After all, aren’t positivity, love, and connection what the holiday season is all about?